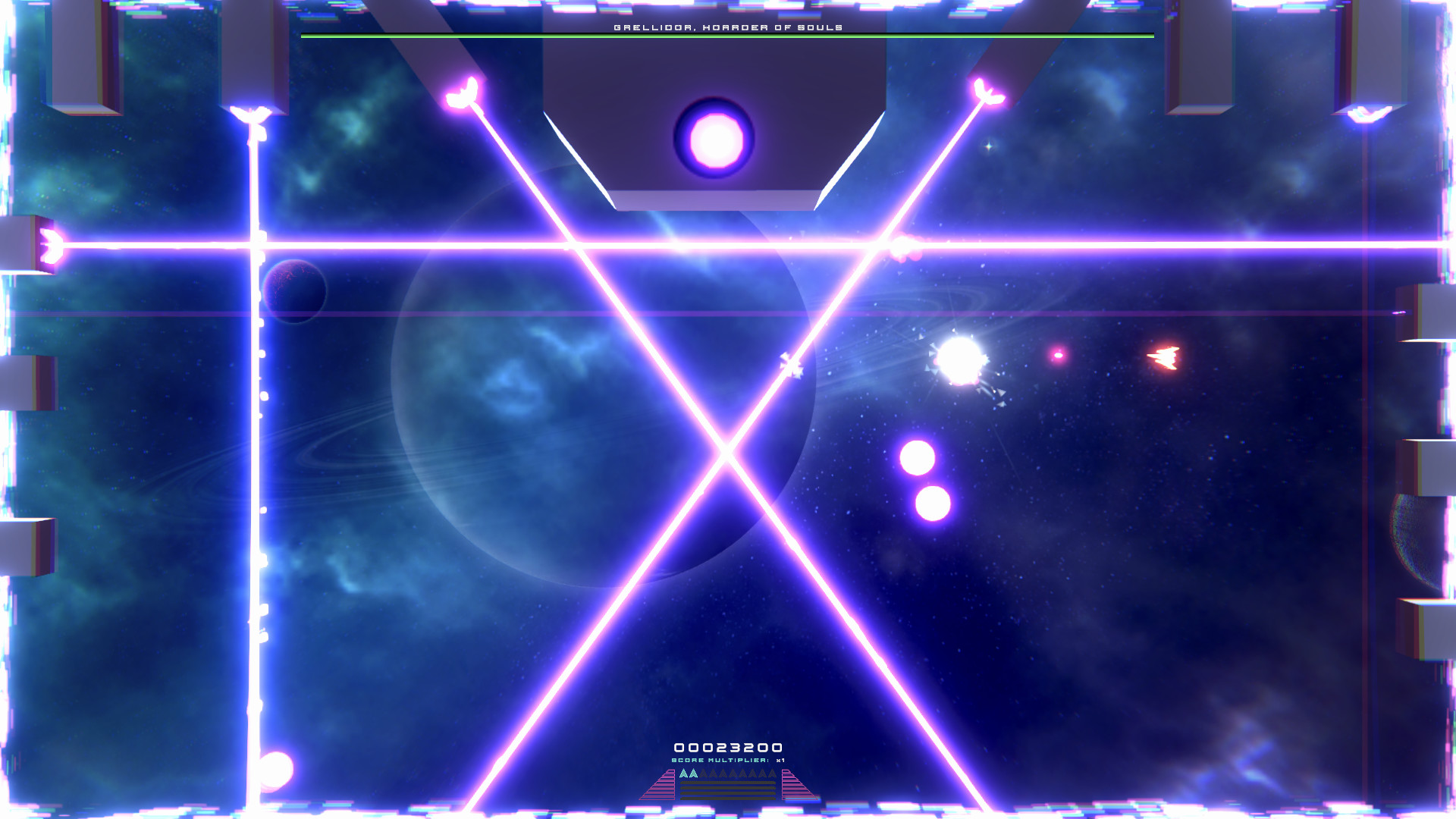 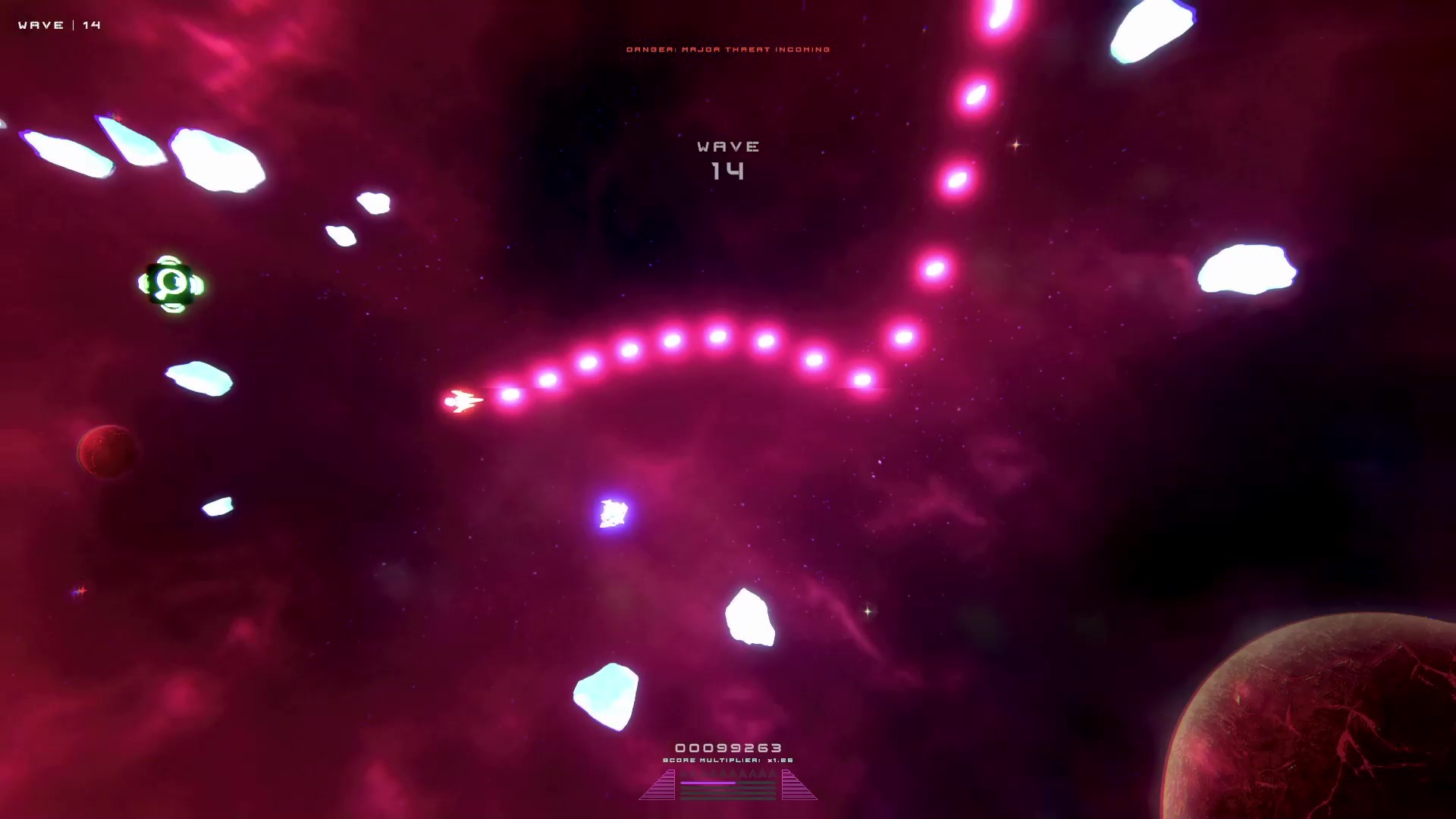 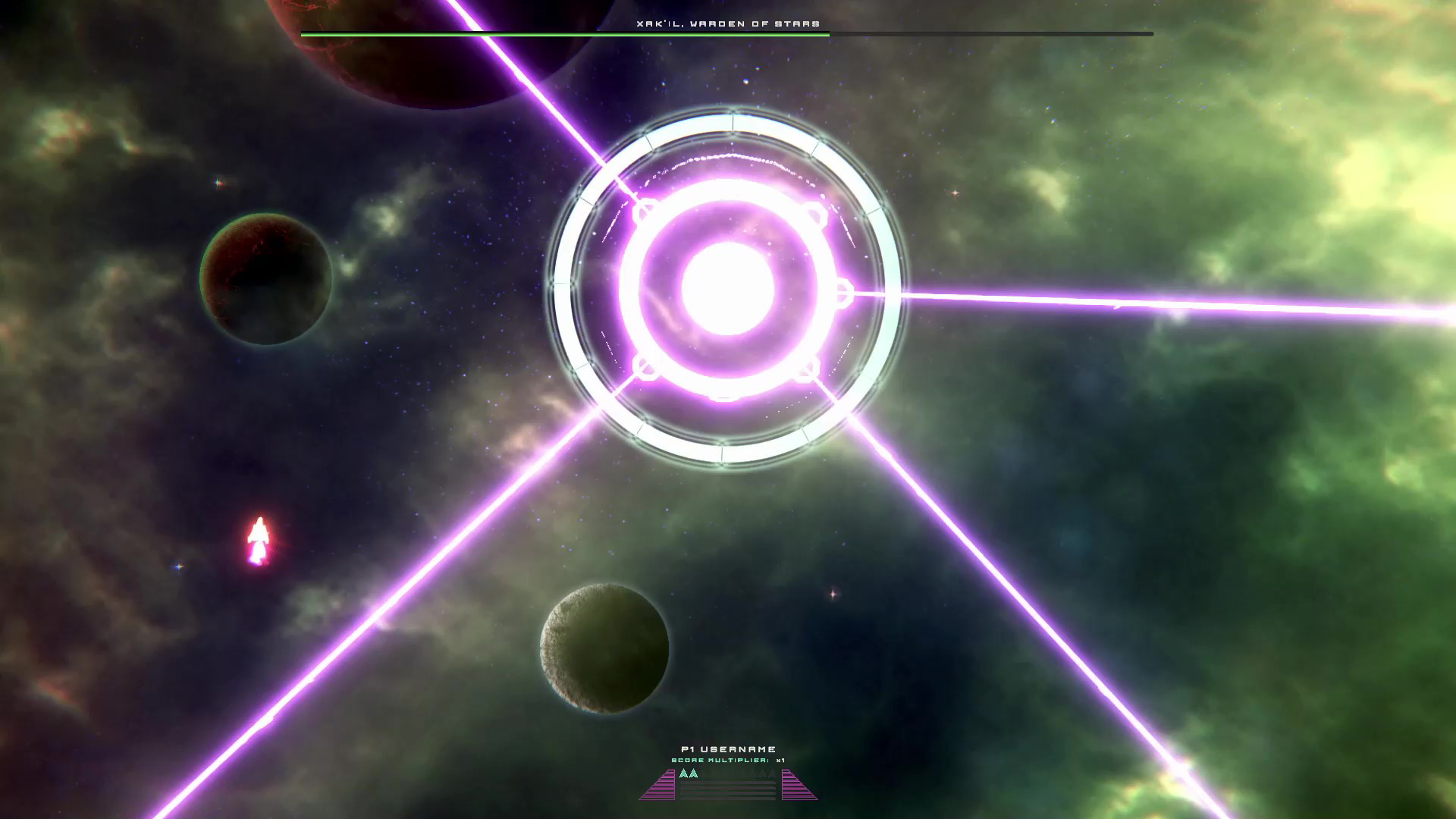 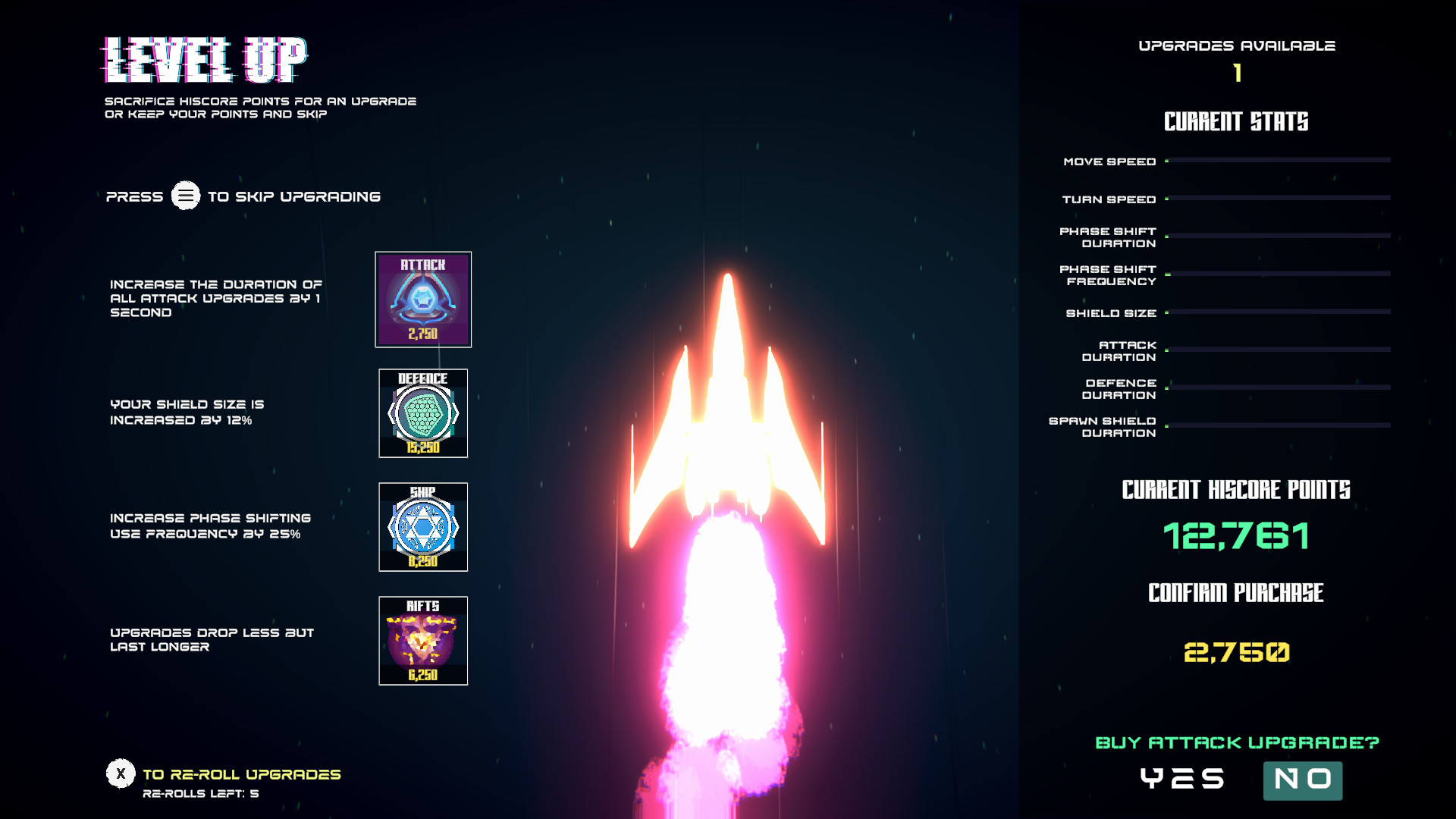 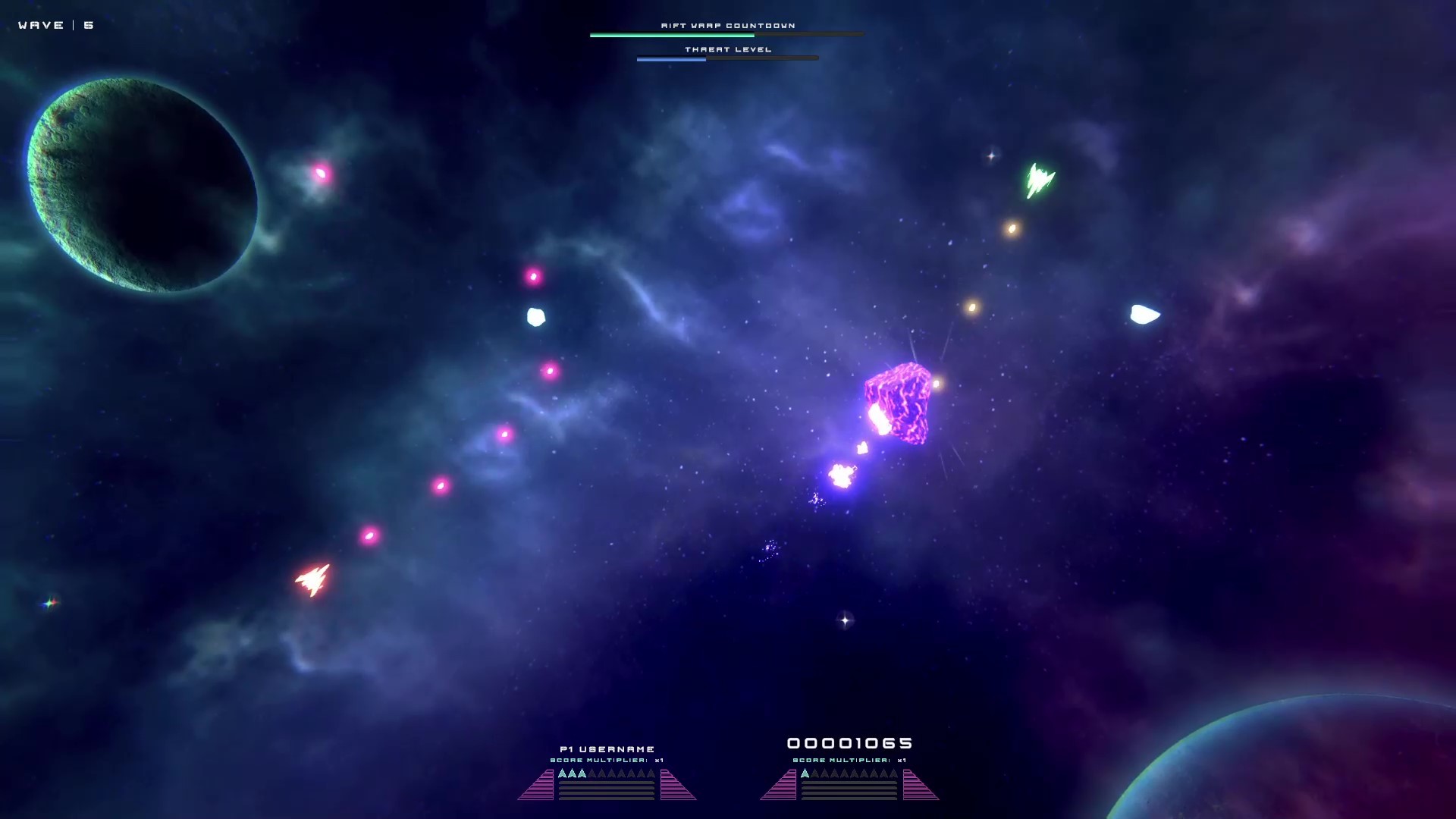 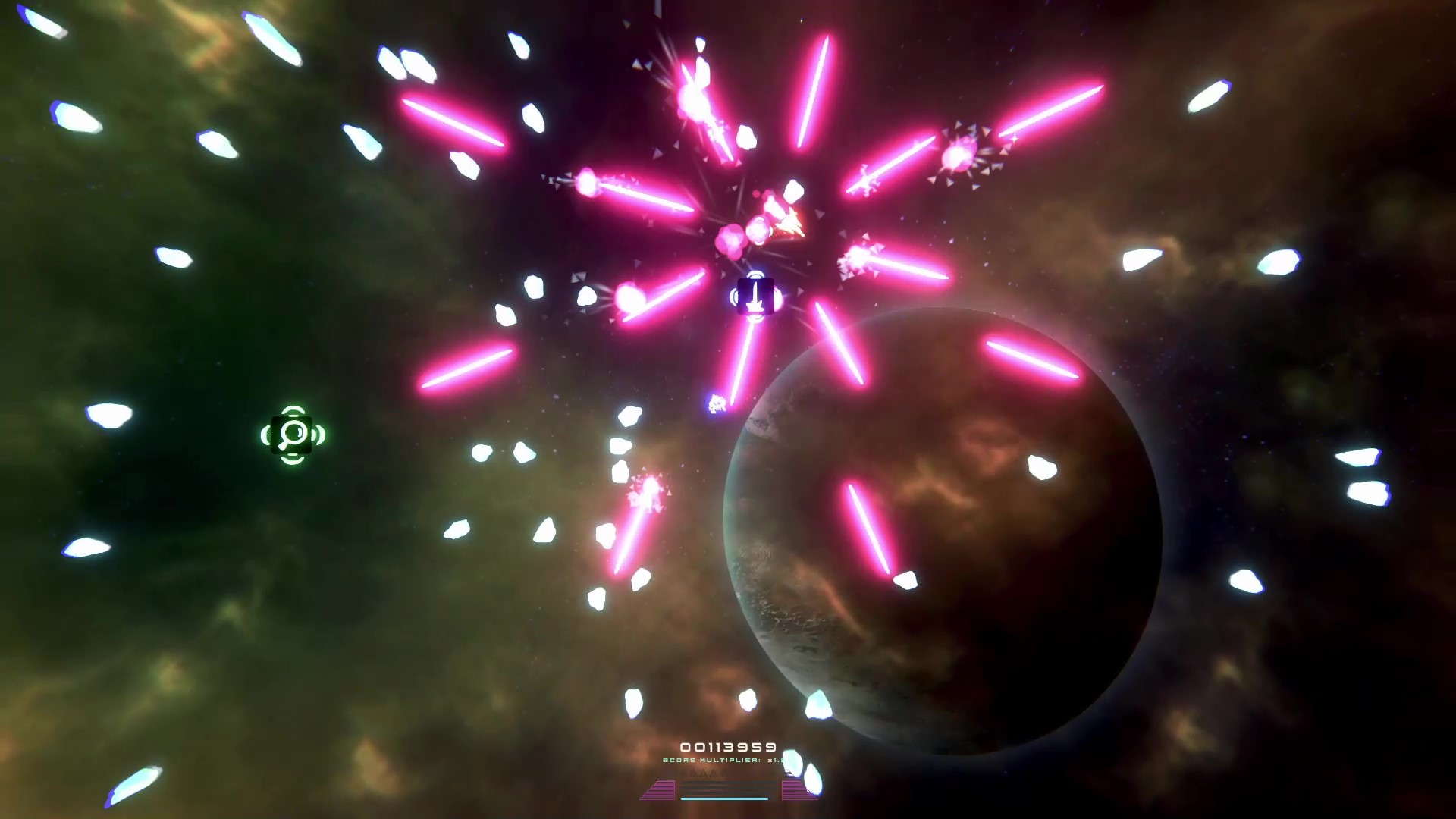 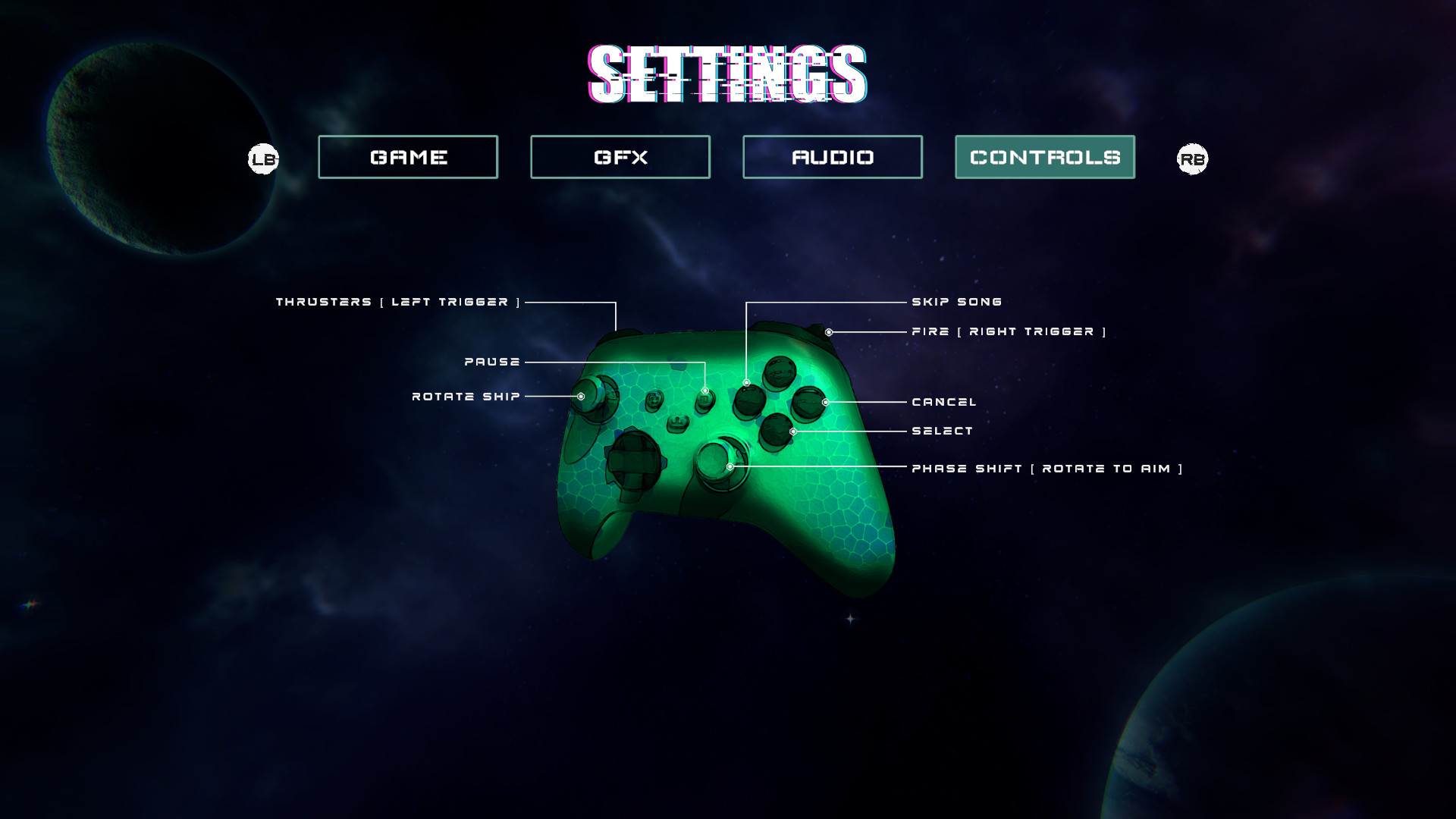 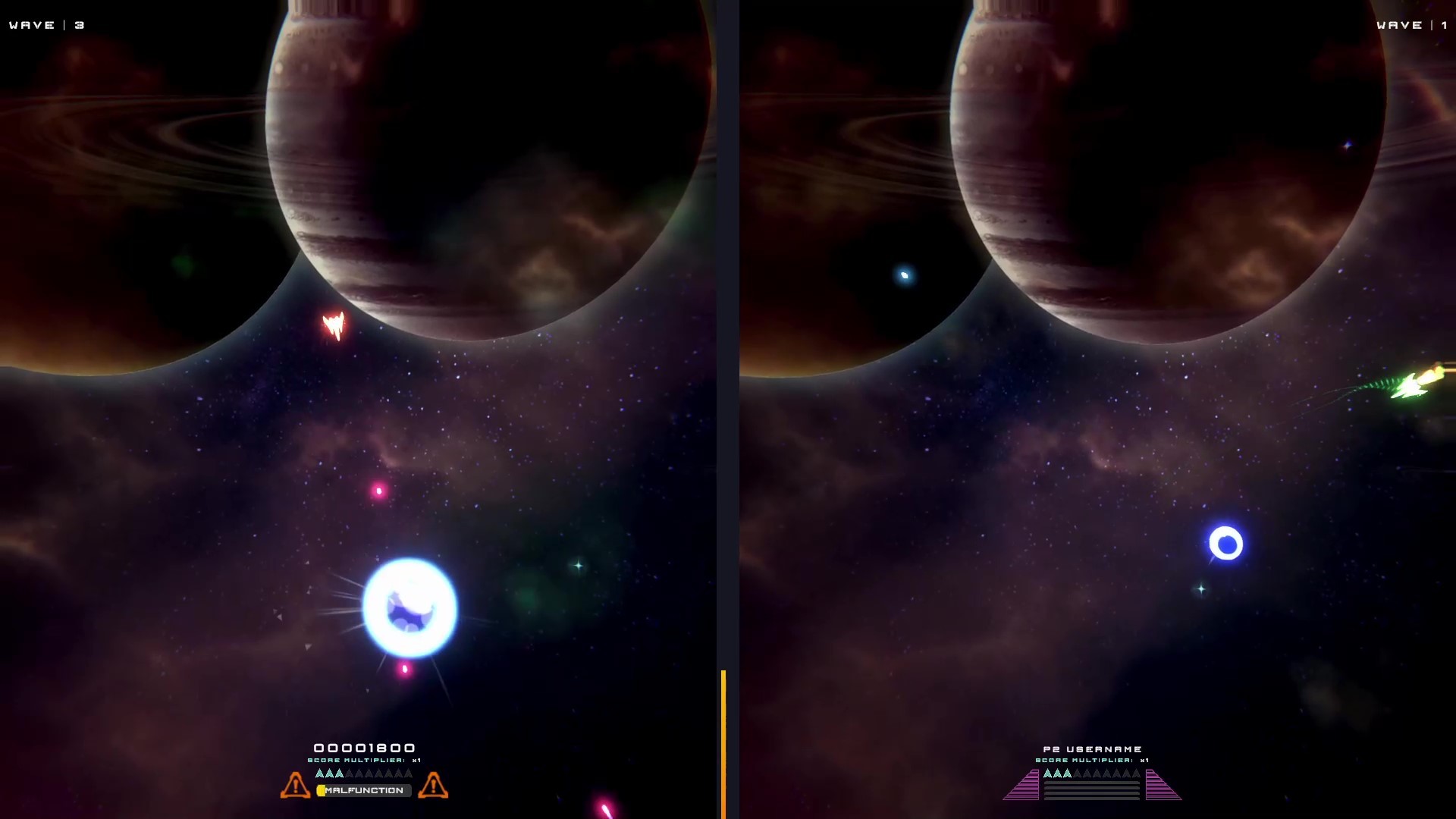 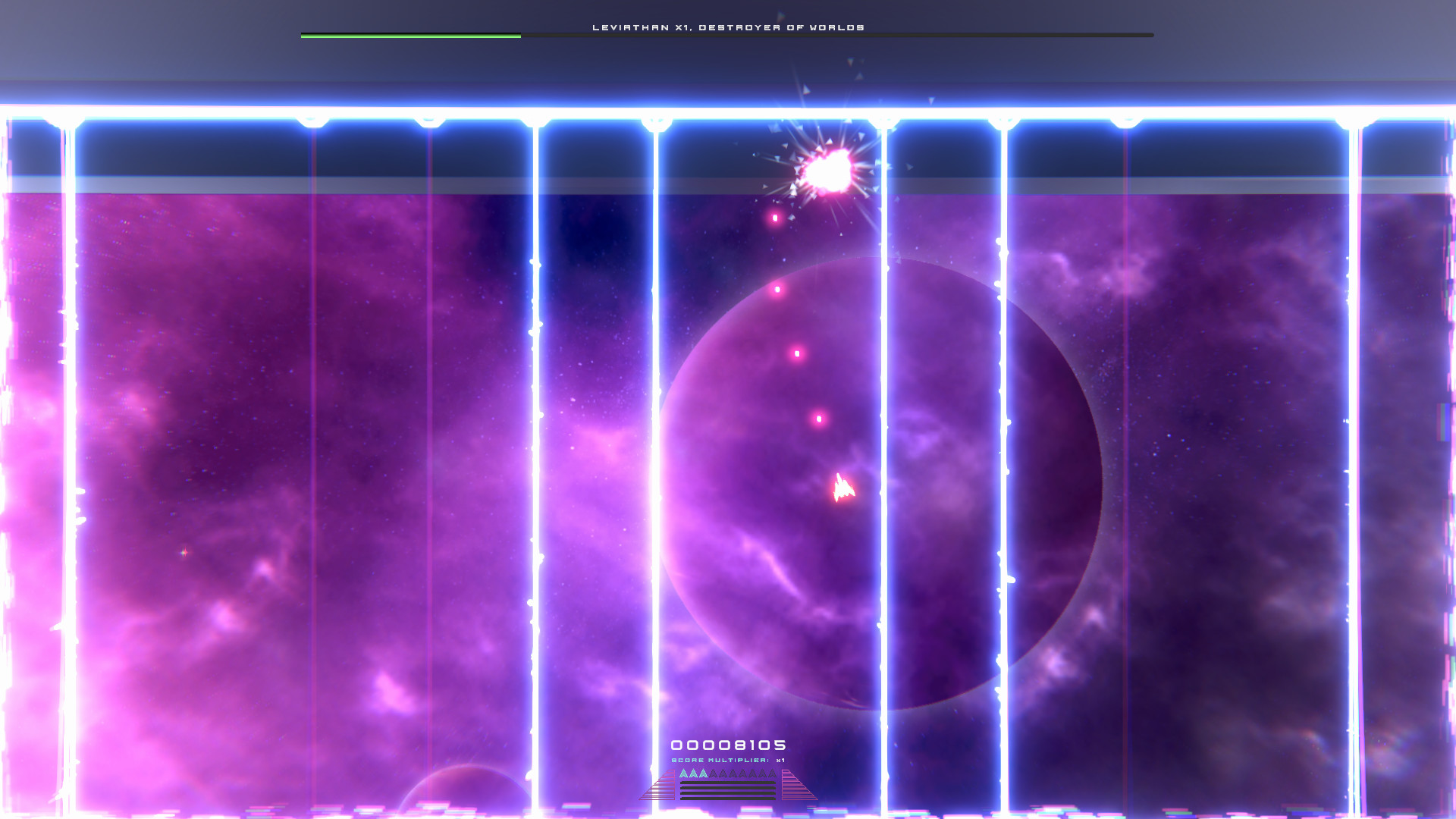 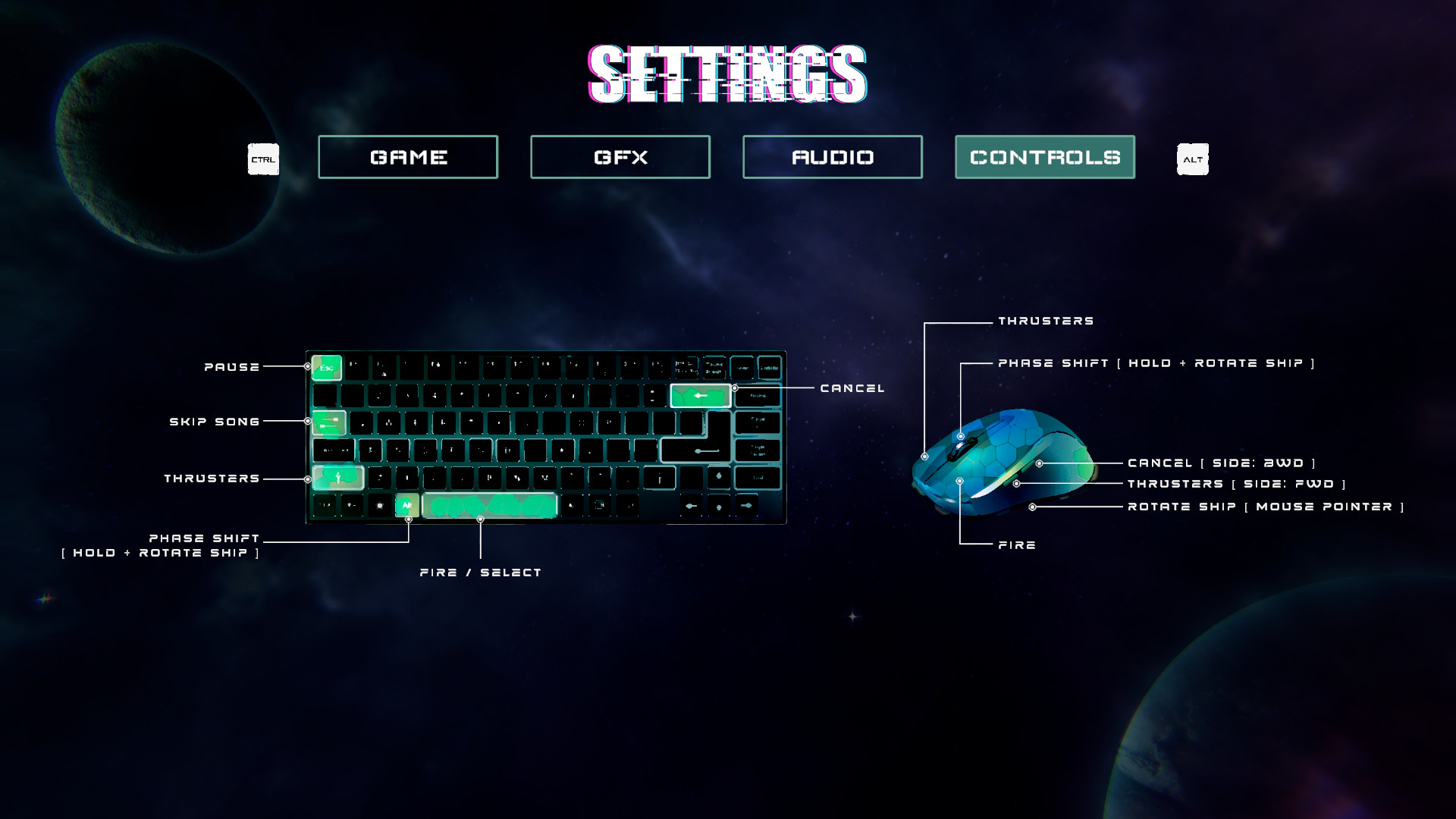 Your civilization has discovered interstellar travel, now others wish to steal the technology from you. As part of a team of elite pilots you must embark on a highly classified mission to hunt down those that pose the greatest threat. Survive the danger, prove your might, protect your world.

Aluna Rift is a challenging arcade space shooter for 1-2 players with solo, co-op and PvP game modes. The main game sets you on a journey to hunt and destroy colossal bosses hidden in the depths of space. Along the way you will encounter increasingly difficult foes and have to deal with random unforeseen dangers. In addition there is an ‘Endless Survival’ mode akin to classic shoot ‘em ups from the golden age of arcade gaming.

Face off against a variety of gargantuan foes. Lure these behemoth beings out by causing maximum chaos in their vicinity and overcome the significant challenge they pose.

Slow down time with this advanced evasive manoeuvre. Handy for getting out of a tight spot, assessing the battlefield, or quickly traversing towards a useful item.

Embark on your journey with a friend or battle them in head to head game modes.

Rift-Warp through time and space in search of your prey. Procedurally generated regions and randomized waves of enemies means an endless exploration of deep space. No two runs are the same.