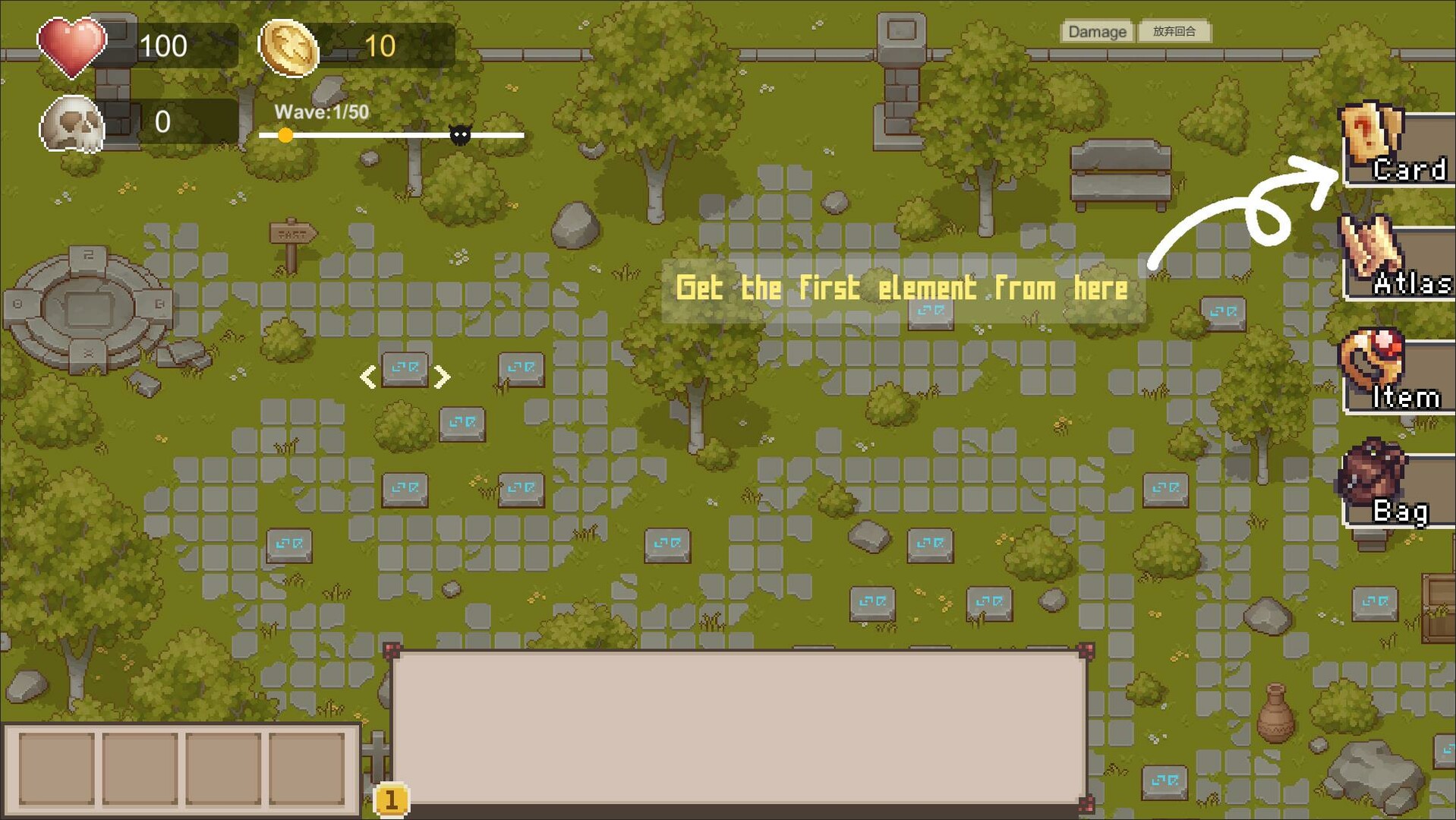 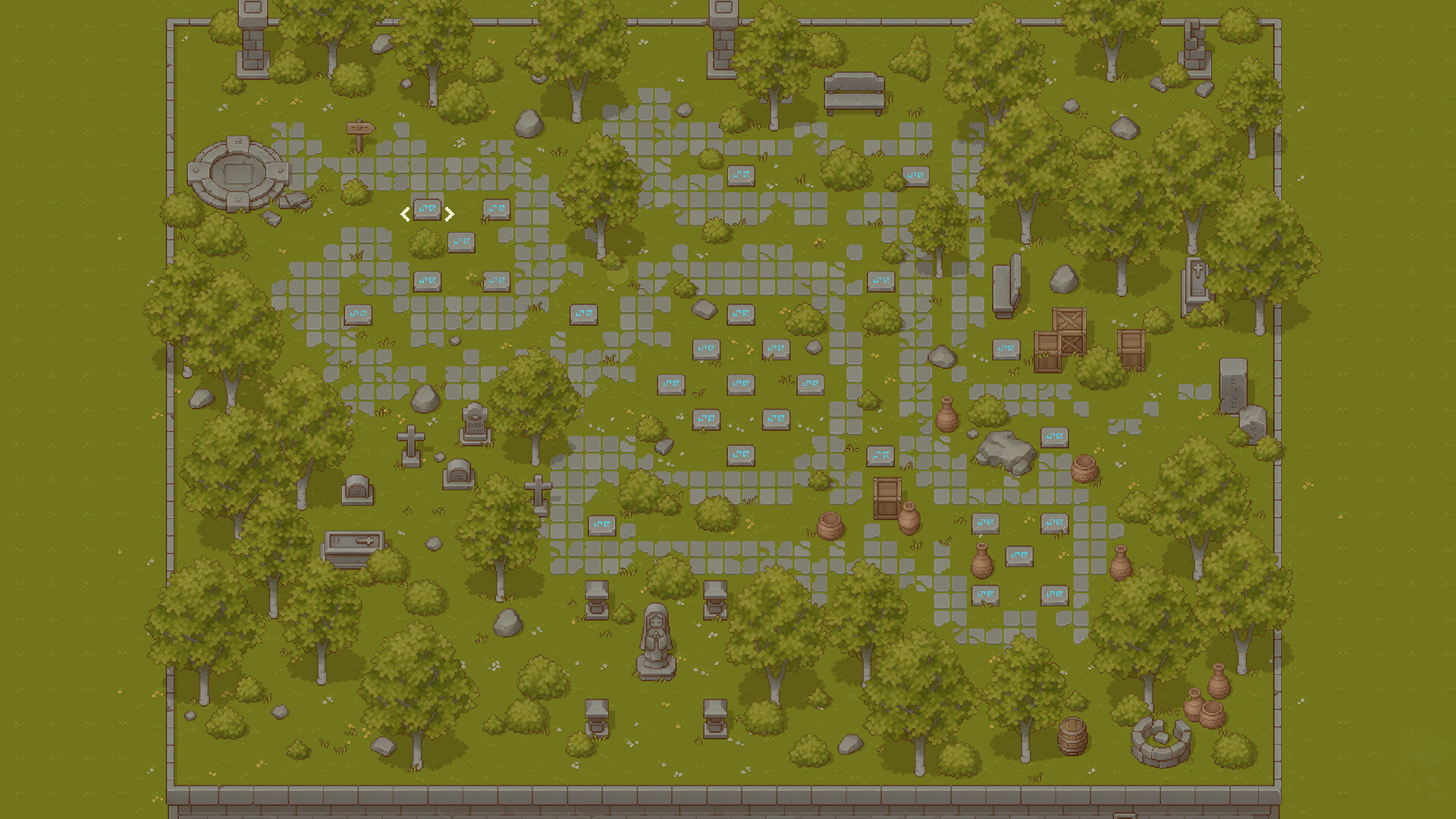 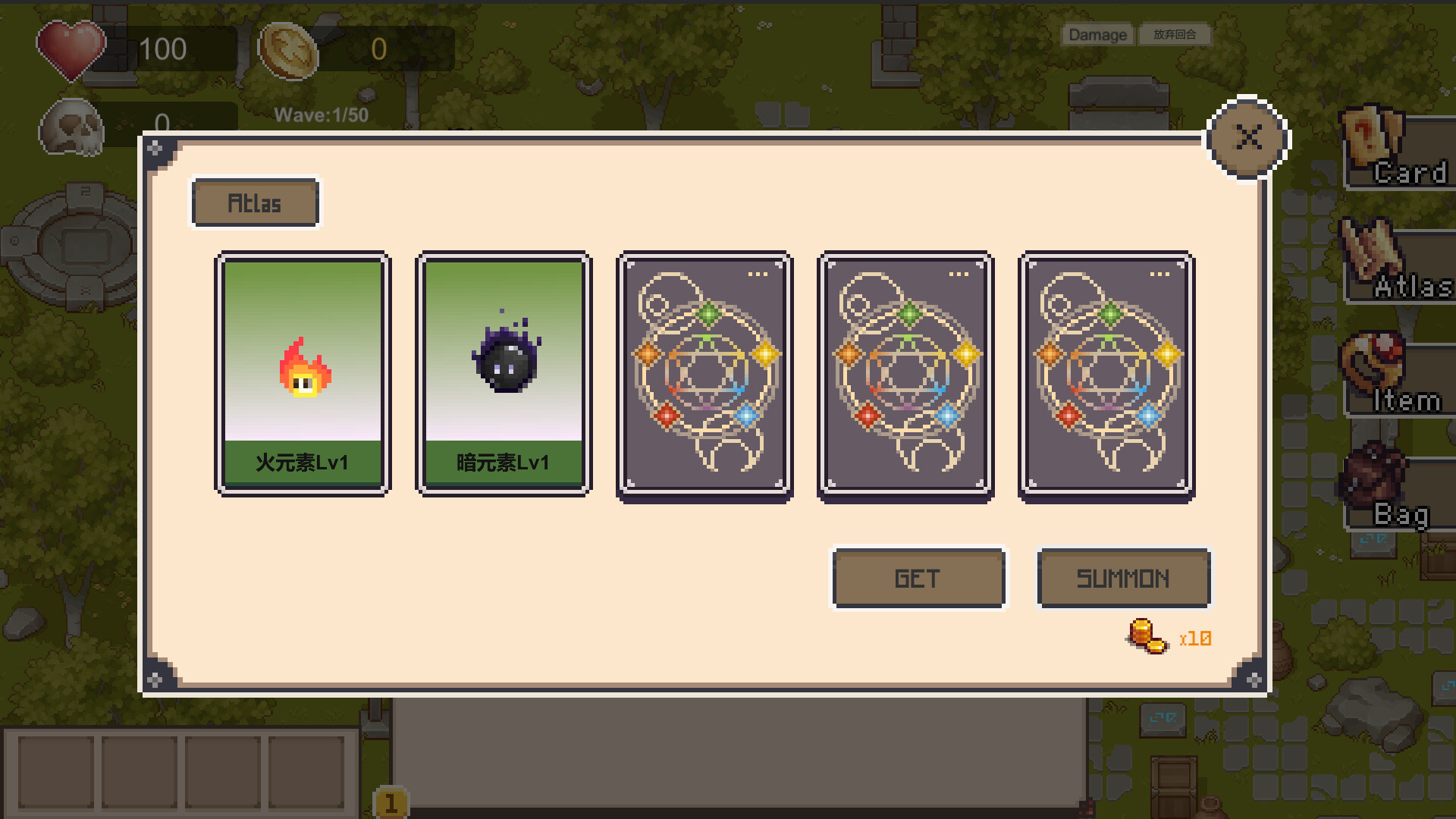 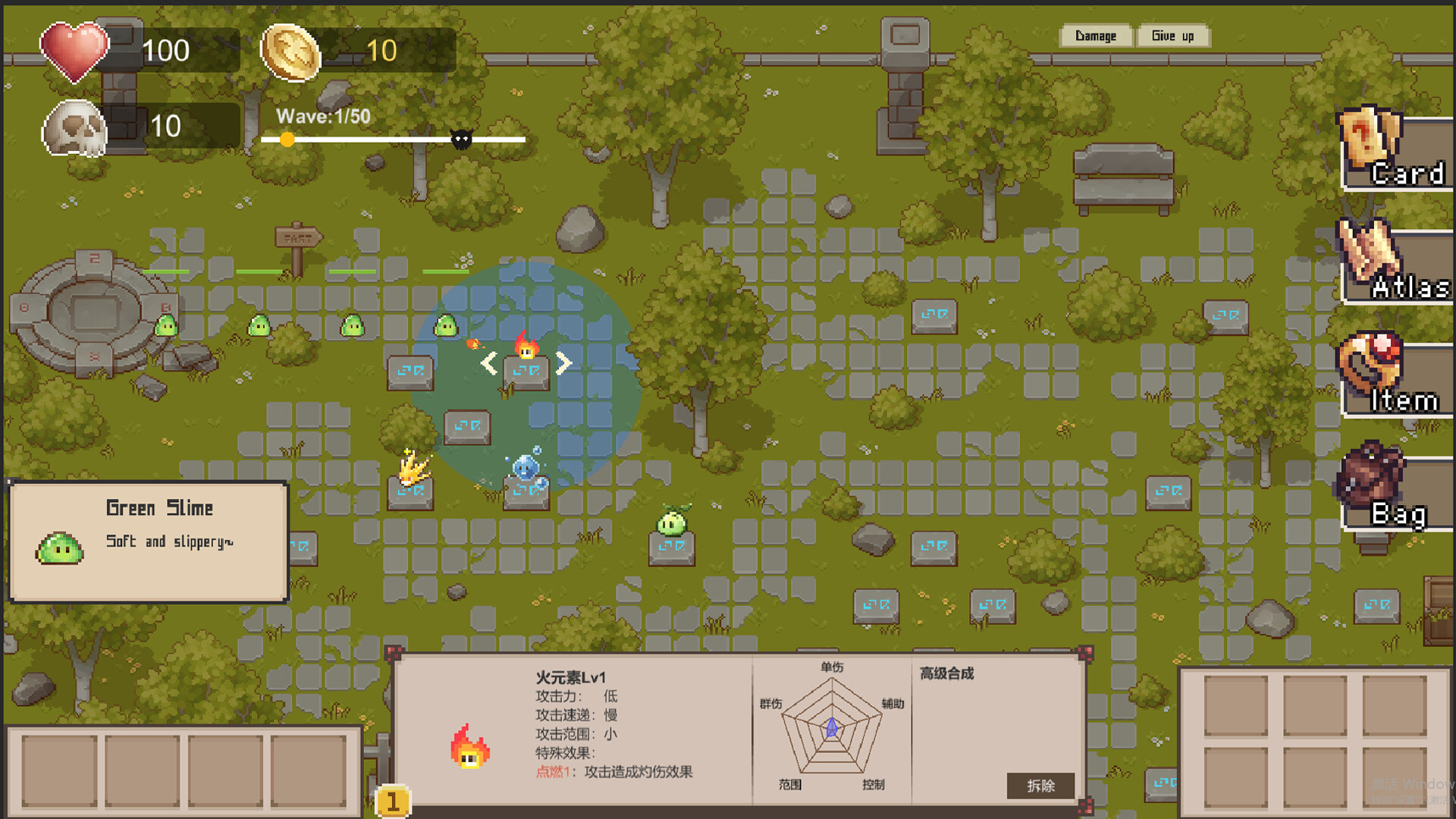 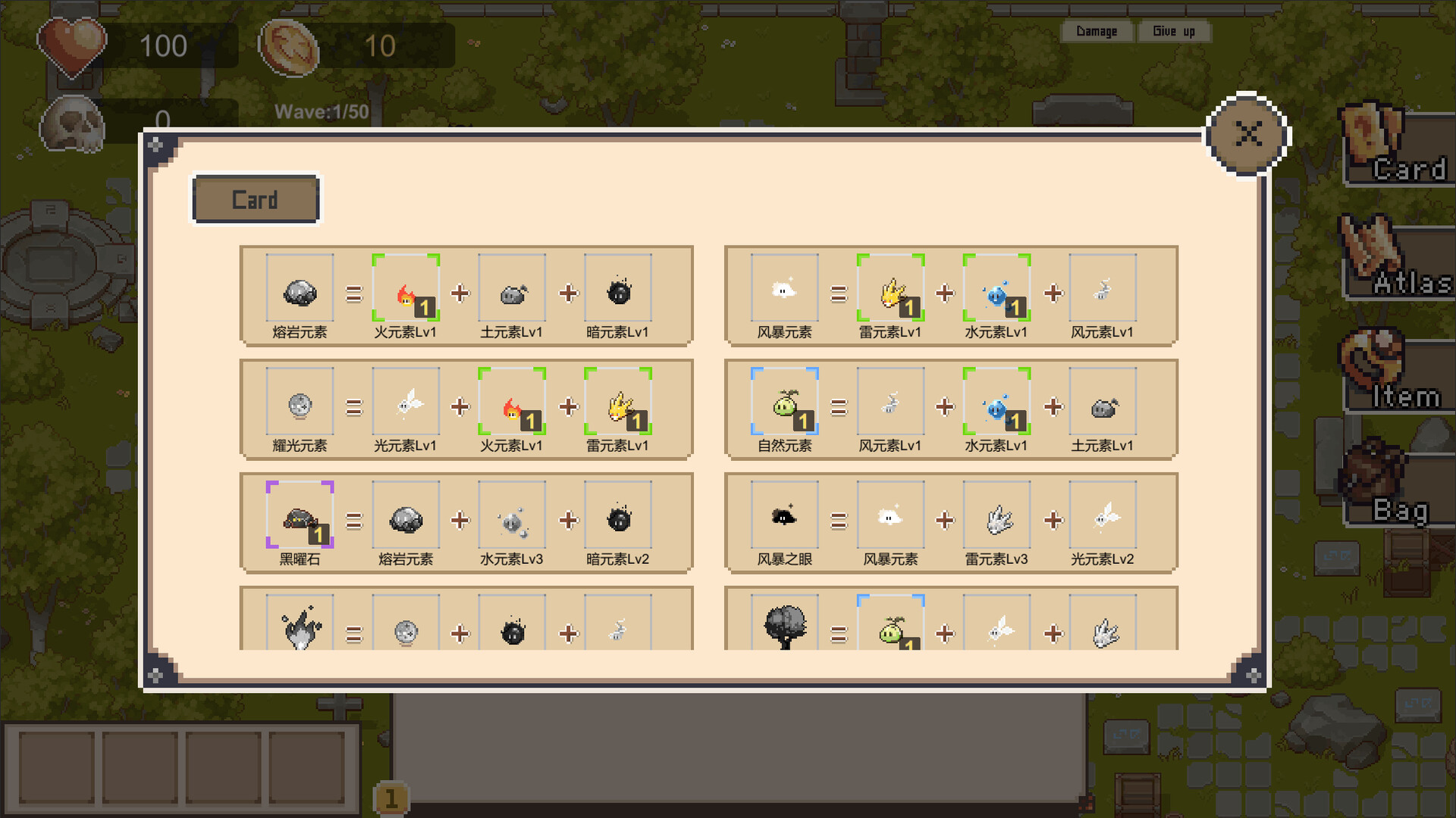 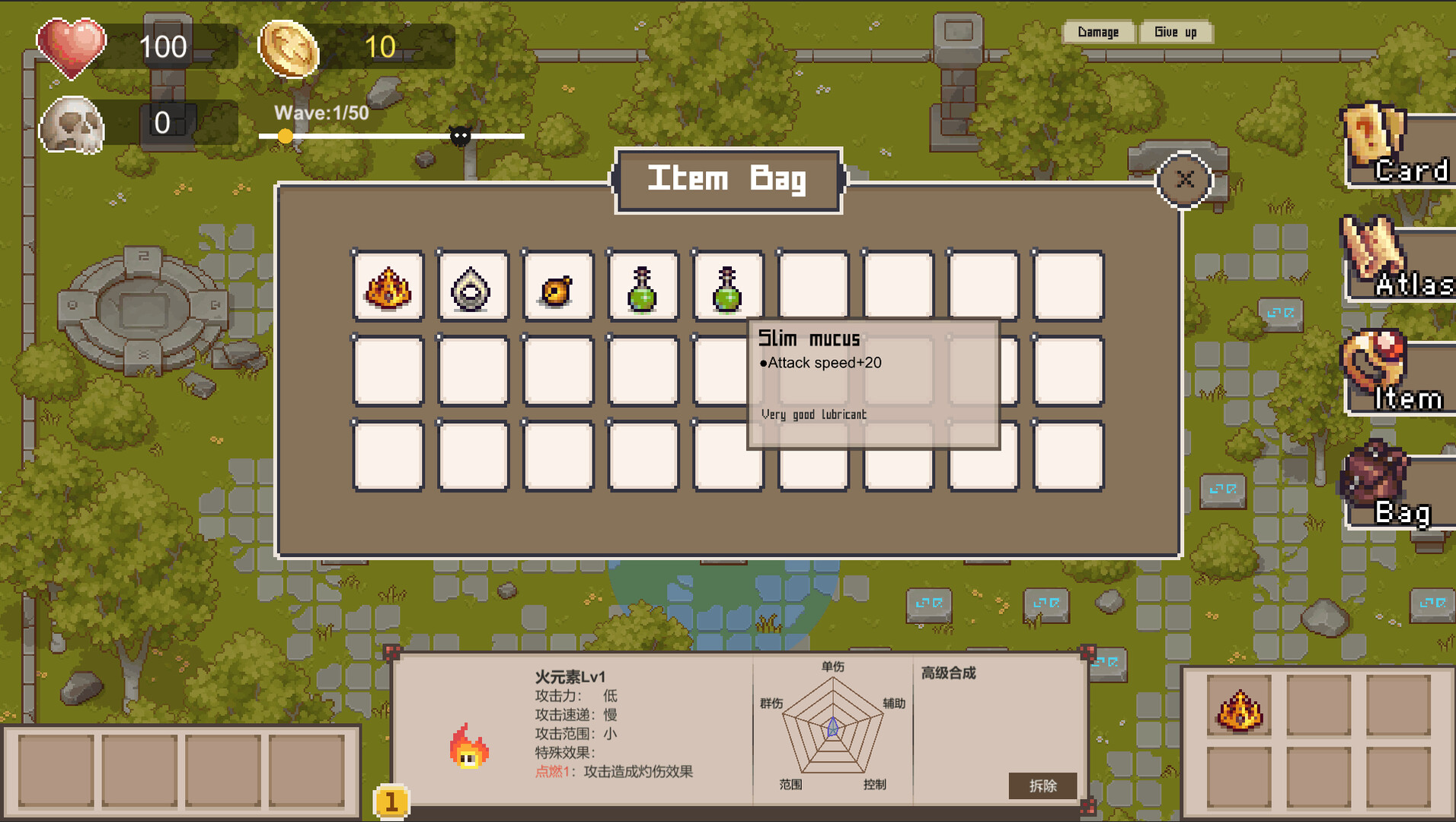 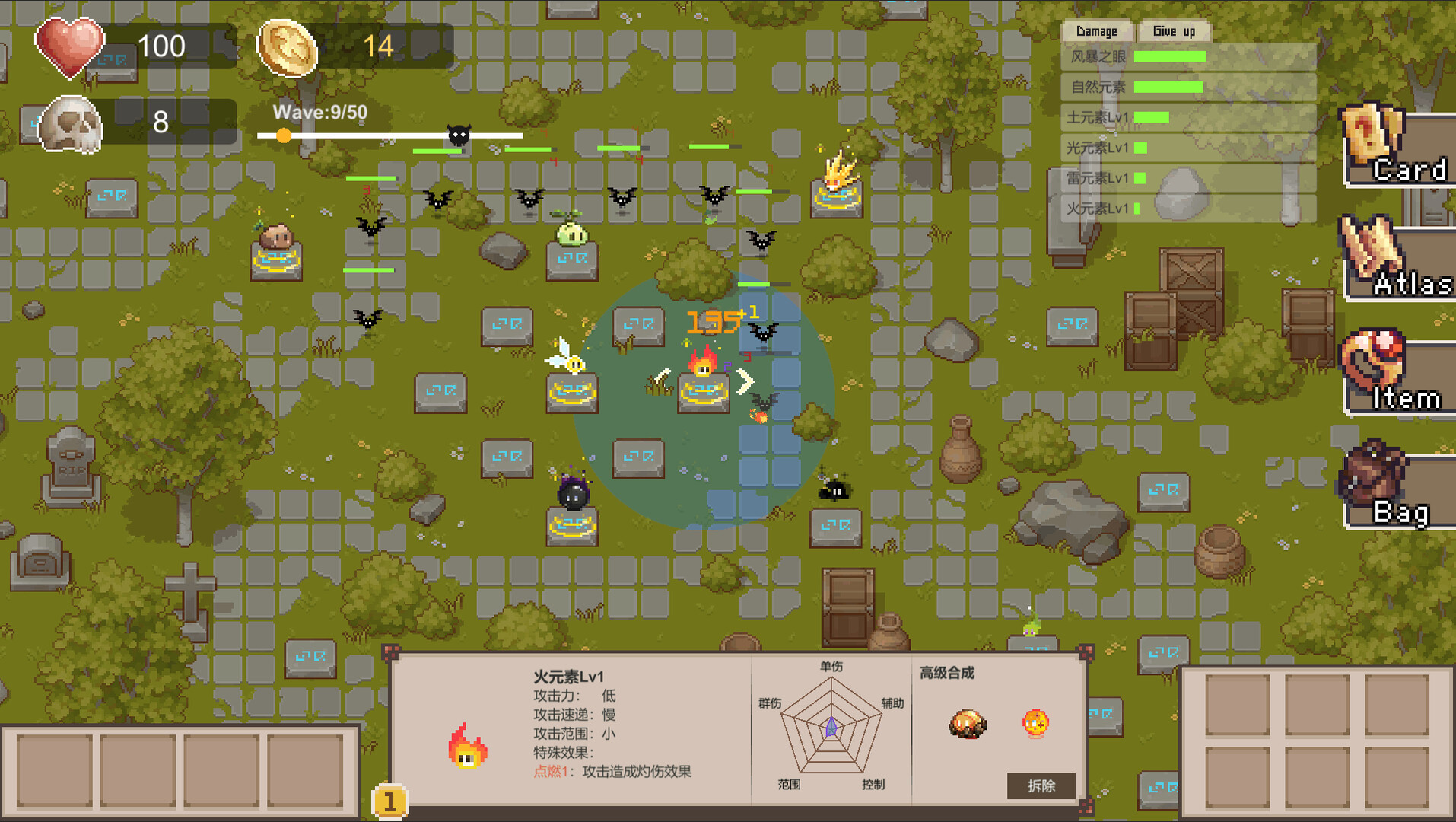 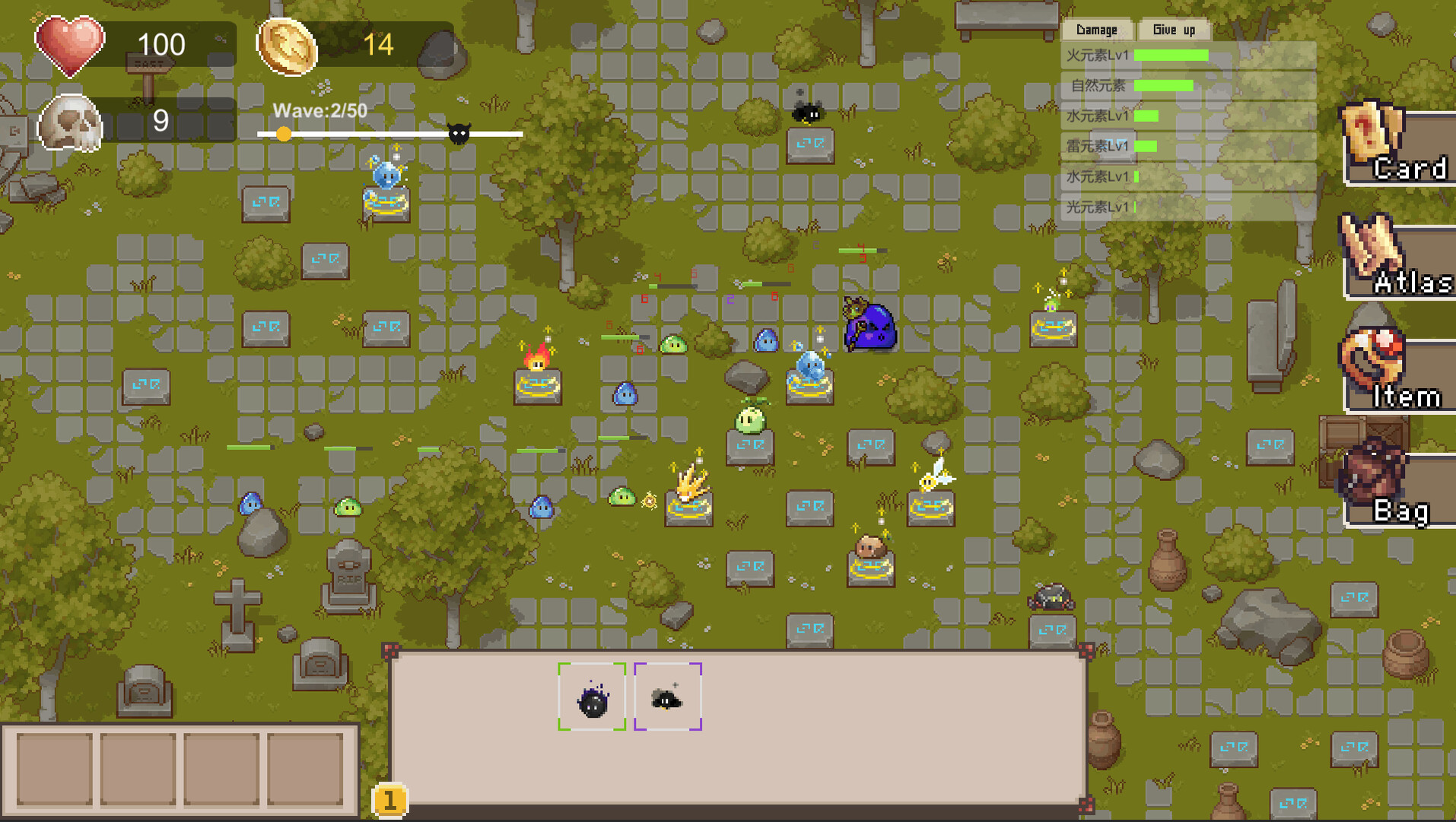 This is an interesting tower defense (TD) Game.
You can use the mixed reactions among the seven elements of wind, thunder, water, fire, earth, light and dark to create a powerful element tower and defeat the invading enemy!
At the same time, there will be plenty of dropped props and player skills in the game. With your unique element lineup, challenge the powerful monster leader!

You can draw element cards by consuming gold coins each round, and you have a chance to get super rare elements!

Each element has different characteristics, and a reasonable combination of element towers is the key to victory!

There will be a variety of monster leaders with special abilities in the game. Players need to match reasonable element lineups according to monster characteristics to defeat them!

When the player's Summoner level is upgraded, he will gain one skill point. The skill points consumed can be obtained from one of the three Summoning Skills.

In the follow-up of the game, infinite mode and player ranking will be launched, and the names of players and element lineups with the largest number of monsters defeated will be recorded.